Your step-by-step guide to writing an effective music bio.

Writing an artist bio is one of the hardest things to do as a musician. It’s hard enough to write—let alone write about yourself!

But your music bio is one of the most important parts of your musician press kit. Especially once you release music, you need a solid promotion plan. So a good bio is your starting point.

Your bio is a key tool that communicates why people should care about you and your music. A good bio gets people intrigued to listen to your music—especially if you’re not already known. It may well be the reason why more people come see your show!

You need an ‘about’ blurb for all your social channels, gigs and festival applications because people crave the stories and context behind the music.

So here’s your step-by-step guide to writing your best artist bio possible with tips from seasoned professionals.

Open up a blank document on your computer. Write down all your basic info and everything you consider a milestone in your music career. Point form is fine!

Need some help? Answer these questions:

Once you’ve filled out the bullet points above, you’re ready to start writing.

Begin by fleshing out your notes into full sentences. Write in the third person (i.e. “He/She/They” instead of “I”). Start with a factual, neutral tone.

Avoid opinion based phrases like: Incredibly influential, critically acclaimed, wickedly talented, etc. Leave that up to journalists and fans.

In the editing phase, make your music bio more writerly. Think about how the sentences flow one after the other. Read it out loud to see how it sounds—it’ll give you a good idea if it reads well.

Write everything you need to, then edit ruthlessly. Cut out 50%.

If it’s too hard to even start, ask someone else to help you write it. Pick someone with writing experience. Give them the bullet point notes and your music for reference. Ask for an honest draft—and compensate when necessary!

Split up your text into 2-3 easy to read paragraphs.

The first paragraph should be the most important one—journalists might copy-paste only that part when writing about you. It should give a good picture of who you are as an artist, what kind of music you play and your top achievements (shows, releases, collaborations).

Go more in depth in the second paragraph. Give some background. But no need to go too far back either… “Sandra became a music lover at age 9 when she first heard the Beatles…” That’s unnecessary!

The last paragraph should be about what you’re currently working on.

Once you have that, rewrite three versions of your music bio:

Do it With Style

Don’t over-embellish or distort the truth. Even if you aren’t an international touring artist, find the thing that makes you special and focus on that. You don’t need to have a won Grammy to write an interesting bio.

Don’t name drop too much. You’ve opened or played with famous artists? Name 1-2, those that matter the most and best match your stylistic affinities. Even better: describe your musical aesthetic without falling back on other artists.

Hot Tip: Train yourself to become specific at describing music and sound by reading a lot of good music journalism—for example The Quietus, The Wire or the book How to Write About Music. Also read record descriptions on online stores like Beatport, Hardwax, Bleep or Boomkat. You’re a music fan anyways, so it’ll be fun!

Get a few writer friends to thoroughly spellcheck and edit your bio. The spellcheck again!

If it makes sense for the kind of music and scenes you’re involved it, add some humour. If it doesn’t fit the music, abstain yourself.

Consider translating your bio into 1-2 other languages by natives or professional translators. A background in music will help—music genres have a lot of quirks that not all translators will get. Choose wisely!

Think of what audience and countries your music is reaching. When you release with LANDR, check your dashboard to see where your music is streaming the most. Translate your bio into the languages of the top 3 countries.

Don’t forget to update your music bio often—take a pass at it every month or so. Edit it based on new accomplishments, releases, shows and projects.

4. Tips From People Who Read Hundreds of Artist Bios

We asked some industry professionals to give us their best tips for writing music bios. Take notes!

Patti Schmidt is a curator for the world-renowned MUTEK festival. She writes most of the bios on their website. She also has over two decades of experience writing for radio—everything from short blurbs to 10-page artist profiles.

When I’m reading artist bios, I’m always looking for a conceptualization of the artist. I like a little bit of background: Where did you start? What was the revelatory entry point into creating or producing?

Think about your audience—who is the bio for? Make several versions for several audiences: for the public on your social media, for festival submissions, for press.

Think about the experience you offer as an artist. The bio should make people excited to come see your shows.

I’m always trying to get people interested in something they don’t know they might like. So I’m searching for that nugget, that thing that conveys what is touching or interesting about an artist. I want people to come see it.

Describe your aesthetic with attention to precision and what is unique about you.

When it comes to music, you’re trying to create entry points—especially if you’re an experimental artist. This is big point of debate, because some artists think that their art should stand on its own. But that doesn’t help me! My business has always been to convey. It’s not about dumbing it down, but creating access points.

Avoid a long list of releases and reviews. The music bio should not seem like a series of record reviews or lists. Mentioning recorded work can be helpful in understanding an artist, but it’s just one component to use judiciously.

Stay away from comparisons to other artists—treat yourself as a unique artist.

Avoid passive sentences. Use the active voice—where the subject of your sentence performs the verb. For example:

Avoid boilerplate genre identifications. ‘Electronic’ is much too broad. Even ‘techno’ could use more specifics. Is it hypnotic, dreamy, dark or inspired by 90s Detroit?

Shorter is better. If you’ve been making music for multiple decades then take up more space—if not, 300 words is more than sufficient.

Cover your top 4-5 achievements you are the most proud of.

Include descriptions of your music and sound in your own words. This makes your bio more personal.

If someone is reading your bio in full, it’s because they already have an interest in you—let the music do the selling for you.

This is a functional piece of text geared towards media, bookers and promoters. Journalists will most likely just cut and paste the first couple of paragraphs… so front load the first paragraph with a brief overview of your most recent stuff and talk about historical stuff later.

If you’re writing it yourself, get another person to check it before you publish.

If your music bio is being written in a language that isn’t your native tongue, ask a native speaker to check the grammar.

If you’ve been active as an artist for a while, no need to include every single gig, remix, track, release, review from your entire career. A music bio should be a highlight reel, not a longhand version of your Discogs profile.

Of course your bio should be positive, but avoid filling it with over-the-top adjectives. Substance always beats style. If you’re not sure, err on the side of toning it down.

Don’t open with “John’s love of music started when he heard X band on the radio for the first time…” 99% of bios have a similar opening sentence.

Avoid long laundry lists of names, venues, record labels or festivals within sentences. Most readers will lose interest by the 4th or 5th name, so only include the most relevant ones.

Christopher Cargnello is a composer, songwriter and multi-instrumentalist. He’s toured the world, written music for TV and topped the Quebec charts with his band Skinny Bros. He’s also been hired to write multiple bios for other artists.

Focus on career achievements more than telling your backstory.

Know (and use) correct lingo. It looks bad when a musician gets these terms wrong in their bio. It also looks awkward when an up-and-coming artist writes that they “performed with” a really big act when in fact they just performed at the same festival–maybe even on the same stage, but much earlier in the day.

Here are some terminology tips:

Be ready to edit the shit out of your bio. Especially if you have lots of achievements. Shorten or remove some facts to make space for others.

When the list gets too long—especially with touring locations—lump them together in geographic regions. If you had gigs in the United States, Guadeloupe, Cuba, Trinidad & Tobago, Indonesia, Malaysia, and Thailand… just say that you “toured across the United States, the Caribbean, and Southeast Asia.”

Mention something that you are currently doing! Even if you don’t have much going on at the moment, it’s better to say “Max is currently working on new, original material” than to say nothing at all.

Don’t write bios that are too long. If it’s for an award ceremony or a festival website, give them 1-2 paragraphs, less than 200 words. If it’s for industry people, get everything into 3-4 paragraphs—under 400 words.

You want your music bio to be compelling. Rely on interesting and impressive facts, not clever wording, to make up the bulk of your bio.

Don’t try to stretch an inch into a mile and make it sound like you’ve toured the world and recorded with every important person over the past decade. A small number of achievements written in a factual, confident manner reads way better than a bloated list of hyperboles.

Don’t write every single festival you’ve played at. It’s better to only mention a few. For example: “Camille is a true veteran of the Canadian festival circuit, having performed at dozens from coast to coast, including Halifax Jazz Fest, Francofolies in Montreal, Calgary and Vancouver Folk Fests.”

5. Where to Put Your Music Bio

Now that you have a killer bio it’s time to make sure it hits home.

Here are the places you should put it:

*You may need to request access or get verified to edit these.

Don’t forget to make sure you keep it updated!

If you’re still having trouble, read some good music bios to get inspired.

Pay close attention to what’s included in each bio and how it’s written (style, grammar, etc.). Does it make you want to listen to an artist’s music? Does the tone fit the artist’s image and music? That’s what you should aim for.

Here are some places to look for great music bios:

Your Bio is Key

Writing a drum-tight music bio is the key component of a good music promotion campaign.

Your bio is the tool that will get journalists, festival-goers and future fans intrigued by you. It’s the way you represent your image and music to the world before they even press play.

Words have power—the power to get more people to come see your show and listen to your music.

Remember to make your music bio unique, keep it short and spell check! 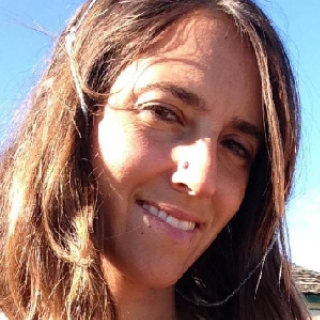 Hello this is Jessica Matt I am 28 years old and I am a hip hop choreographer and love to influence my students to listen to smashing hits we dance to.